The Cotswolds is a truly special place in Britain, but what and where is it exactly?

Well, it’s two hours west of London, a stones throw West of Oxford, just north of Bath, and south of Stratford upon Avon.

In recognition of it’s rich, diverse landscape it was designated an Area of Outstanding Natural Beauty (AONB) in 1966. It is now a protected landcape ensuring the character and qualities that make it special are protected for us all to enjoy. There are 46 AONBs, but the Cotswolds is the largest, covering 790 sq miles over five counties, Gloucestershire, Wiltshire, Oxfordshire, Warwickshire and Worcestershire. It is also the second largest protected landscape in England after the Lake District National Park (which was desinated a World Heritage site in 2017).

The Cotswolds is characterised by its gentle rolling hills and famous honey coloured limestone that visitors flock to see. The Limestone is the bedrock that lies under the Cotswold hills, and it’s this stone that can be seen throughout the area on centuries old churches, stately manor houses and new build homes. 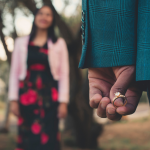 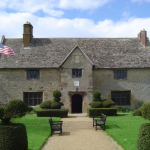 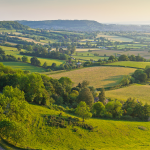